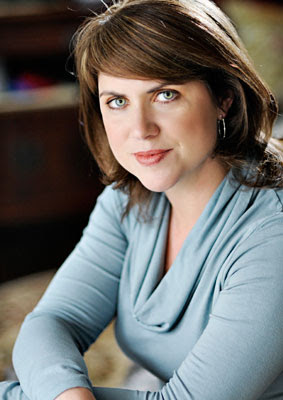 Born into a life of supreme normalcy, Lisa Gardner has become a bestselling author of dark and delicious tales.  She began life in Hillsboro, Oregon, lying to the west in the Tualatin Valley.

Like any successful author, she loved to read and, at the tender age of eighteen, she decided that she would write a romance novel.  It was three years later when that romance, which had undergone several rewrites, sold to Silhouette Intimate Moments.  The publishers named the novel Walking After Midnight and gave her the nom de plume of Alicia Scott.  That book earned her three thousand dollars which sounds great until you realize it was for three years of work.

Consequently, Lisa went and got a “real job” as a management consultant.  She considers that best career move because she absolutely hated her job—the pantyhose, the commutes, the twelve hour days.  All of it inspired her to continue to write and publish thirteen more romance novels all while holding down a demanding job with grueling hours.  Needing a change, she wrote a suspense novel (which may or may not have included the offing of any bosses that made her work weekends).  Bantam picked it up, made a big promotional push, and Lisa was finally able to throw away the pantyhose and write full-time.

Nowadays, she enjoys the perks of being a self-supported writer—trips to Quantico for research, working at home, daytime TV.  Since 2007, she has lived in New Hampshire with her husband and daughter.  She spends her time writing in the loft surrounded by a couple of shelties and a three-legged cat.

When she’s not writing her next thriller, she and her husband share their passion for auto-racing by sponsoring the LisaGardner.com race car.  Her husband is the driver and she likes ”to remind her husband driver that she is the last one to tighten the lug nuts, so he better behave.”

Lisa's new book in her D.D. Warren series, Catch Me, is available now.
Posted by FictionDB at 1:52 PM

Links Back to FictionDB Main Site