Vampires, Werewolves and Soulless Spinsters - Who Can Resist?

I had the best intentions.  I was so excited when my co-worker, Jennifer, lent me her copy of Gone Girl by Gillian Flynn.  I was positive that I would plow through it with avid glee.  But alas, after a lovely lunch with Kelly, I am now hopelessly sidetracked by Soulless by Gail Carriger.  It's really not my fault.  Kelly handed it to me with such a devilish look in her eye that I was instantly intrigued.  I tried to ignore it.  I truly did.  But, one the way home from lunch, whilst stuck at a stoplight, I made the mistake of reading the back.  Rookie move, I know.  This is what I read:

ALEXIA TARABOTTI IS LABORING UNDER A GREAT MANY SOCIAL TRIBULATIONS.
First, she has no soul. Second, she's a spinster whose father is both Italian and dead. Third, she was rudely attacked by a vampire, breaking all standards of social etiquette.
Where to go from there? From bad to worse apparently, for Alexia accidentally kills the vampire -- and then the appalling Lord Maccon (loud, messy, gorgeous, and werewolf) is sent by Queen Victoria to investigate.
With unexpected vampires appearing and expected vampires disappearing, everyone seems to believe Alexia is responsible. Can she figure out what is actually happening to London's high society? Will her soulless ability to negate supernatural powers prove useful or just plain embarrassing? Finally, who is the real enemy, and do they have treacle tart? 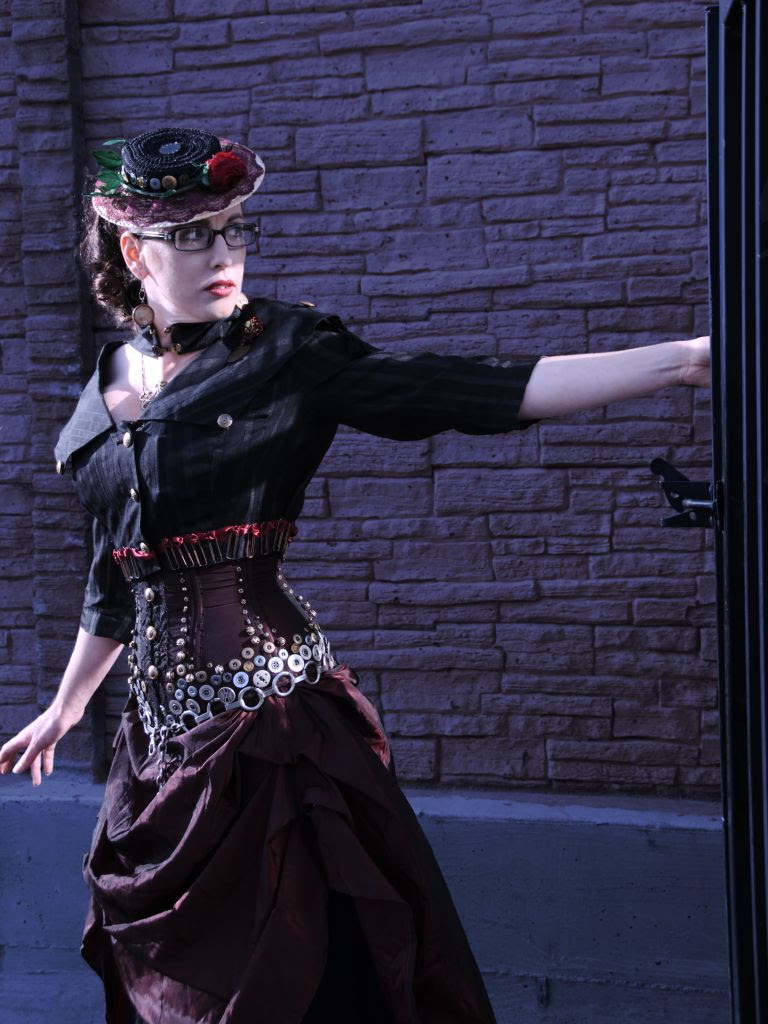 How can I resist the heady blend of crackling Victorian language and the supernatural?  The tone of the book is downright hilarious and I am loving every page.  (To make it even more fun, there's a Manga version available)  So, in true Alexia Tarabotti style, I admonish you, Kelly, for your impertinent infliction of literary temptation.  How rude!  Yet, how delightful!  Good heavens, where's my tea and treacle tart?
Posted by FictionDB at 2:10 PM

Links Back to FictionDB Main Site